For three years, Seeking the Soul has been a persistent, consistent reminder of what an excellent servant Perfect Soul has been to WTC client Charles “Chuck” Fipke, a man of faith in his stallions, including — or perhaps, especially — Perfect Soul.

Perfect Soul, by Sadler’s Wells out of Ball Chairman (by Secretariat), also raced as a homebred for Fipke. A turf horse, he won the G1 Shadwell Turf Mile and the G2 Maker’s Mark Mile, in which he set a record of 1:33.54, at Keeneland, and won the G2 King Edward Breeders’ Cup Handicap at Woodbine in 2003, the year he was champion turf horse in Canada. He placed in three more G1s and three more G2s, earning $1.5 million and a place at stud in the stallion barn of Darby Dan Farm in Lexington, Kentucky, where he’s spent his entire career bar one season in Canada the year Seeking the Soul was conceived.

But Perfect Soul never really took off in the commercial sphere. Outside support dwindled, but, despite having other stallions, such as Tale of Ekati and Jersey Town and Not Bourbon, to support, Fipke, a meticulous, purposeful planner of all his matings, never stopped sending Perfect Soul well-bred mares he thought would suit, and in Seeking the Soul, a great-grandson of undefeated champion/Broodmare of the Year Personal Ensign, he has the ultimate reward for those efforts. 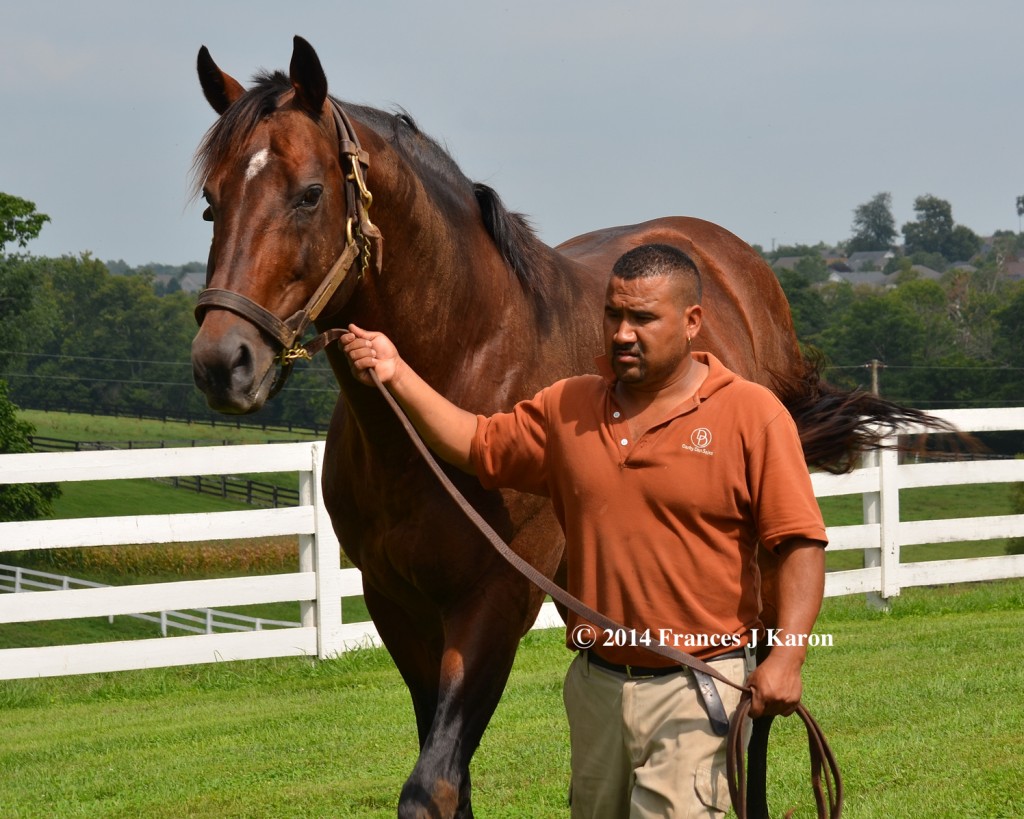 Long before Seeking the Soul, Fipke’s homebred Perfect Shower (dam by Miswaki), from his sire’s first crop in 2006, won the Canadian classic Breeders’ Stakes. The next crop gave Fipke millionaire Perfect Shirl (That’s a Nice), whose career was capped off with a first in the G1 Breeders’ Cup Filly and Mare Turf. There were other homebred Perfect Soul SWs, too — Check Your Soul (Unbridled), Billy’s Star (Seeking the Gold), Soul of Nataka (With Approval) — but after Perfect Shirl and Perfect Shower, the one who really stands out is Golden Soul (Mr. Prospector), who gave Fipke the thrill of a second-place finish in the 2013 Kentucky Derby, among other Graded stakes placings on dirt and turf.

None of these are in the league of Seeking the Soul. He’s won Graded stakes races for three years in a row, all on the dirt, beginning with the G1 Clark in 2017, the G3 Ack Ack last year, and, last weekend, the G2 Stephen Foster, all at Churchill, a track where Fipke-bred progeny of Perfect Soul have made a mark — it’s where the Breeders’ Cup was held when Perfect Shirl won, and where Golden Soul made his big run in the Derby. Also at Churchill, Seeking the Soul was second in the G1 Breeders’ Cup Dirt Mile and third in the G1 Clark, G2 Alysheba, G3 Lukas Classic, and the Jefferson Cup S.; and in 2017 he set a still-standing track record at Keeneland of 1:41.36 for a mile and a sixteenth, in a race he won by nine lengths. He’s not just a one-track wonder, though — Seeking the Soul ran second in the G1 Pegasus World Cup at Gulfstream in January and third in the G3 Smarty Jones at Parx as a 3yo in 2016. Seeking the Soul has seven wins, six seconds, and seven thirds in 27 starts, and earnings of more than $3.335 million. All being well, his connections — he’s trained by Dallas Stewart, who also saddled Golden Soul — fully intend on using the “Win and You’re In” Breeders’ Cup Classic automatic berth the 6yo earned in the Stephen Foster. They would have loved to have had that guaranteed slot last year, when they tried to get him into the Classic but were shut out, having to divert to the too-short Dirt Mile instead.

Perfect Soul remains an active stallion on the Darby Dan roster, so there may yet be another Seeking the Soul or Perfect Shirl to follow down the road.

If you’re interested in reading more about Fipke, I wrote a profile on him last spring that was published in North American Trainer, and you can access it here.